Bill Frick's "Fordillac", who has built it? 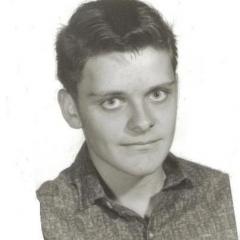