What are the chances of the AMT '72 Chevy Pickups to make a return? 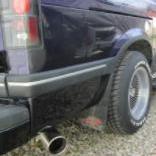