Revell has released their latest VW kit, a “1968” VW Beetle. There are quotes around the year, 1968, for a reason. It’s hard to tell exactly what year it is. For one thing, it’s not a stock US ’68 Bug. It may be stock for the Brazil/Mexico/European versions, of course. The U.S. versions did not have the smooth bumpers in this kit. 1968 was the first year of the fuller/wider bumpers. 1967 was the last year of the good looking bumpers with the over-riders. The rear lights are also the smaller pre-’68 versions. The overall shape and proportions of the body is very good.

Engine:
The engine is definitely not a 1968 stock motor. 1968 had a single port 1500cc motor. The Revell kit has a dual port motor, with a dog house fan shroud/oil cooler. The dog house cooler did not show up until the ’70s.  The rest of the engine looks pretty good. Stock exhaust and heater boxes looks good.

Chassis/Floor Pan
The floor pan is not as good as the Tamiya one. It’s molded with parts like the front end, wider running boards, and the trans shifter tunnel a little off.

Interior:
It’s interesting to see a right-and left-hand drive dashboard. That’s a first for any VW kit! The door panels are separate, and so is the complete headliner. The seats have some good frame detailing. I like the small straps that are separate for hanging on or getting in and out of the Bug.

Windows/Glass
The glass is nice and clear. The side vent windows are engraved into the windows. The rear taillights are the smaller pre-’68 European versions, which are usually painted orange and red (we call them Euro lens, of course!).

Chrome:
The chrome is very nice as well. As stated above, the bumpers are not stock ’68 ones. There are separate wipers, front turn signals, right and left mirrors, head light buckets, door handles, antenna, horn grilles, and four stock style rims/hub caps.

Wrap Up
It’s nice to Revell put so much into an early VW Bug kit. I just wish they would have got it right with the year, or make up their mind as to what year it really is. It’s more of semi-custom Bug, and a cool set of EMPI rims would have been very nice touch! 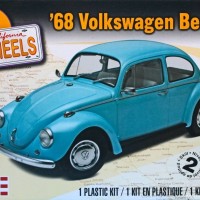 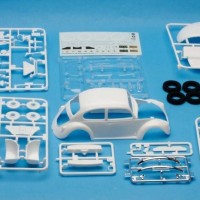 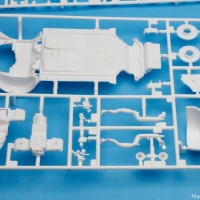 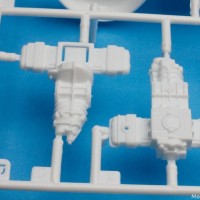 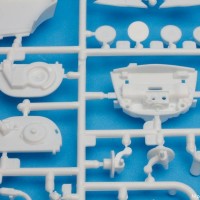 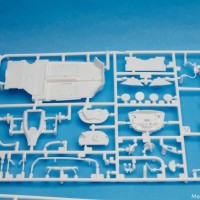 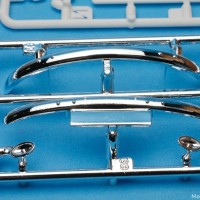 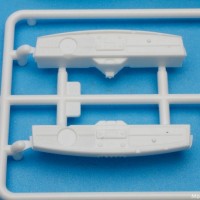 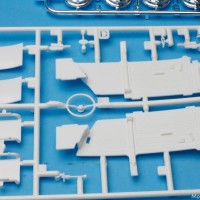 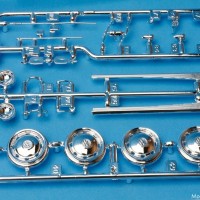 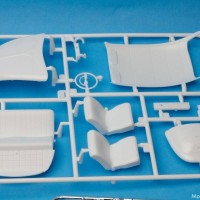 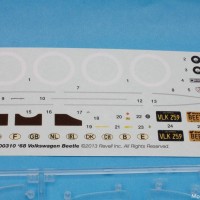 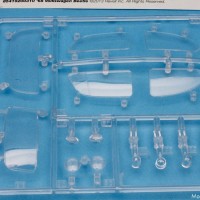 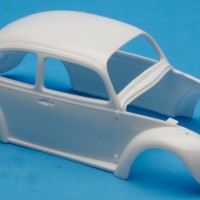 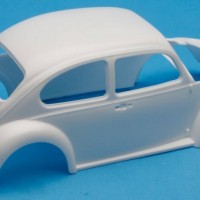 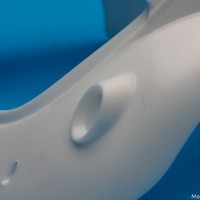 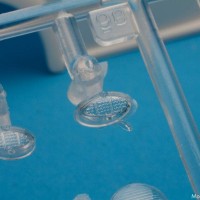 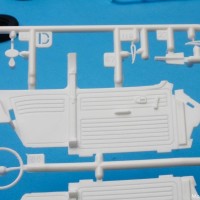 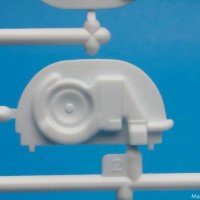