Will we ever see the Monogram S-10 again? 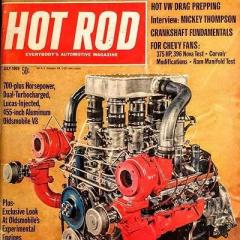