Custom C7/C3 Stingray - What the C7 should have looked like 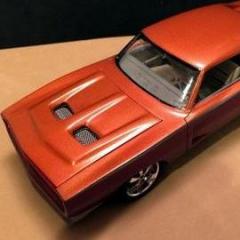