AstroRod - A 1961 Comet from Outer Space 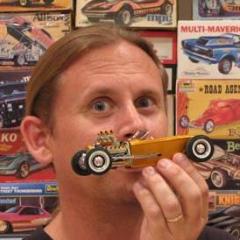